Police Must Obtain a Warrant to GPS Track a Vehicle Surreptitiously

For police to surreptitiously track a motor vehicle using GPS technology requires a warrant; and a passenger traveling with the vehicle-owner has a reasonable expectation of privacy under the Fourth Amendment to the U.S. Constitution. 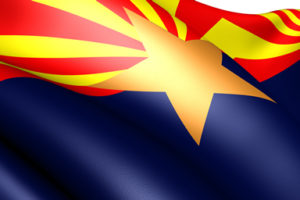 The defendant, Emilio Jean, was a passenger in the tractor-trailer stopped by police. Defendant was convicted of conspiracy, illegally conducting an enterprise, money laundering, and transportation of over two pounds of marijuana. He was sentenced to two concurrent prison terms of 10 years followed by two concurrent probation terms of five years. Jean appealed the trial court’s denial of his motion to suppress evidence, arguing that police failed to get a warrant as required by law. As defendant argued, evidence obtained in violation of the Fourth Amendment should have been suppressed under the exclusionary rule.

The Supreme Court of Arizona held that police must obtain a warrant before using a Global Positioning System (GPS) tracking device to surreptitiously surveil a vehicle. Like Jean, “passengers traveling with the owner in a private vehicle generally have a reasonable expectation of privacy that is invaded by the government’s continually tracking the vehicle through a surreptitious GPS tracking device.”

However, this defendant’s conviction stands because the “good-faith exception to the exclusionary rule applies” where police relied in good faith on binding appellate precedent – that is, binding case law – in the exercise of their official duties.

While the subject tractor-trailer was being driven in Phoenix, the Department of Public Safety (DPS) became suspicious and ran the license plate. The truck was registered to Velez-Colon as the owner of the “SWIFF” company; the trailer marked “SWIFT” had been reported stolen. Suspecting the tractor-trailer was being used to transport drugs, DPS installed a GPS tracking device on the truck without first obtaining a search warrant. Police did not know defendant was a passenger paid to share the driving with the truck-owner Velez-Colon.

Police monitored the tractor-trailer for 31 hours over a three day period: From Georgia to Tucson, Tucson to Phoenix, Phoenix to California, and then California to Arizona.

At 4:00 a.m., police stopped the tractor-trailer when it re-entered Arizona. Velez-Colon was driving as Jean slept in the bunk. Both men refused permission to a police search of the tractor-trailer. A drug detection dog alerted DPS to something in the trailer. Upon searching the trailer, officers found 2,140 pounds of marijuana.

At trial, defendant motioned to suppress drug evidence because the discovery of marijuana in the trailer was the result of an illegal search. Police failed to obtain a warrant when they placed the GPS tracking device on Velez-Colon’s truck. The defendant argued that GPS tracking violated both possessory and privacy rights under Fourth Amendment and 14th Amendment to the U.S. Constitution.

The trial judge denied defendant’s motion to suppress because Jean was a passenger and, as such, lacked standing to object to the government’s use of a GPS tracking device on someone else’s vehicle. Defendant was found guilty as charged and sentenced. The conviction was affirmed by the Arizona Court of Appeals.

The appeals court looked to State v. Jean, 239 Ariz. 495 (Ariz. Ct. App. 2016), holding  defendant could not claim his Fourth amendment rights were violated based on a trespass theory because he was not a bailee and had no possessory interest in the vehicle. Therefore, defendant had no reasonable expectation of privacy as a passenger or driver of a vehicle because no person travelling on public road has a reasonable expectation of privacy in his or her movements from one place to another. Defendant sought review by the Arizona Supreme Court.

The issue before the Arizona Supreme Court was whether warrantless GPS tracking was a search that violated the defendant’s Fourth Amendment rights and, if so, should evidence gathered without a warrant have been excluded under the exclusionary rule? Regarding a passenger’s rights, what follows is a brief summary of the Arizona Supreme Court’s Fourth Amendment analysis.

The rule is that the government’s installation of a GPS tracking device on a target vehicle for the purpose of monitoring its movements constitutes a search if its use rises to the level of a common law trespass. Citing U.S. v. Jones, 565 U.S. 400 (2012).

Rejecting defendant’s vicarious trespass argument, the court stated that “Jean cannot challenge the GPS monitoring as a ‘search’ under the trespass theory unless the use of the device constituted a common law trespass as to him.” Which it did not.

In this instance, defendant neither owned nor possessed the surveilled truck. Under U.S. v. Jones, Jean could not challenge warrantless GPS tracking as a search on a trespass theory. Mr. Velez-Colon could as owner and possessor of the truck. Defendant could not complain about how the search violated Velez-Colon’s rights either. Jean lacked standing to vicariously assert a Fourth Amendment violation on a theory of trespass to Velez-Colon’s personal rights.

A bailment is created when personal property is delivered to one party by another in trust for a specific purpose by agreement the property will be returned when the purpose is accomplished. Velez-Colon never ceded possession of his truck to Jean. Defendant was a passenger and occasional driver, but not a bailee. Citing Webb v. Aero Int’l, 130 Ariz. 51 (Ariz. Ct. App. 1981).)

Under the last prong of the Jones trespass theory, Jean had no “indicia of ownership” over the tractor-trailer. Defendant had no authority or right to exclude another person’s access to Velez-Colon’s truck.

Concerning GPS monitoring, the Arizona Supreme Court held that each person has a reasonable expectation of privacy in his or her movements:

“[P]assengers traveling with the owner in a private vehicle generally have a reasonable expectation of privacy that is invaded by the government’s continually tracking the vehicle though a surreptitious GPS tracking device.”

This conclusion agrees with several jurisdictions, such as the Florida Supreme Court’s holding in Tracey v. State, 152 So.3d 504 (Fla. 2014). In some states, warrantless GPS tracking was held to violate an individual’s right to privacy based upon state constitution (Massachusetts and Delaware). Yet other jurisdictions impose civil and criminal penalties for using electronic tracking devices requiring evidence obtained in this manner without a warrant be excluded (Florida, Hawaii, Minnesota, Pennsylvania, South Carolina, and Utah).

The Arizona Supreme Court discussed at length how GPS technology is a qualitatively different kind of surreptitious surveillance. How GPS tracking benefits law enforcement’s ability to surveil with a special kind of intrusiveness. How it allows law enforcement to “continually gather, store, and mine vast amounts of information at relatively low cost.”

GPS technology goes far beyond conventional surveillance, considered to be “mere enhancement of human sensory capacity.” Importantly, “because GPS monitoring … by design, proceeds surreptitiously, it evades the ordinary checks that constrain abusive law enforcement practices.” Furthermore, GPS devices “do not distinguish between private property and public thoroughfares, continuing to generate data even from locations where police themselves would have no right to be.”

Looking at precedent, Jones first established that GPS vehicle surveillance is a search. Second, regarding the owner or lawful possessor of the vehicle, the search is subject to the general requirement of a warrant supported by probable cause. Third, a passenger traveling with the owner “reasonably does not expect his or her travels to be subject to warrantless, non-consensual, surreptitious GPS monitoring by the government.”

Also, the duration of GPS monitoring does not determine whether the surveillance constitutes a Fourth Amendment search or not. Despite the vehicle staying on public roadways throughout the surveillance; and despite monitoring lasting but a few days, it still constituted a “search.”

The Fourth Amendment embodies protections against warrantless government surveillance. The state’s interests are not unduly burdened by police being required to get a warrant. “Treating such surveillance as a search as to passengers protects the privacy interests of both those who own or possess the vehicle and those who travel with them.”

The court continued: “GPS tracking is qualitatively different from visual surveillance, even on public roadways, because it can monitor ‘[t]he whole of a person’s progress through the world.’ … [Defendant’s] expectation of privacy from the warrantless GPS monitoring of his movements is one that ‘society is prepared to recognize as reasonable.’”

To learn more about criminal court proceedings and how drug evidence obtained in violation of the Fourth Amendment may be excluded at trial, read about drug crimes in Arizona law.